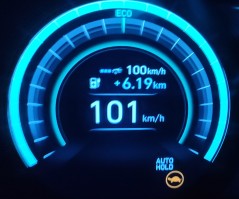 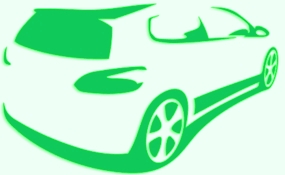 In a large warehouse at Schiphol-Rijk, dozens of black Tesla taxis are chained to their charging points. Due to the corona crisis, taxi transport for air travelers has come to a standstill. Next year, it is hoped, travelers will dare to fly again. Then the Teslas whiz back and forth. There is another reason why they stand still. There is something wrong with about twenty taxis, says location manager Tofik Ohoudi. In his long career as a fleet manager, he has never seen more trouble than at Tesla. In one the power steering is broken. With the other, the drive shafts broke down after just a few months. Another recurring defect, even in brand new cars: a broken wishbone, an essential part of the suspension. 'Bizarre. Normally that only happens after 500,000 kilometers.

' Fumbling with mileage Taxi Jappie from Zwanenburg, who drives at Schiphol together with Bios, has the same experience with its 10 Teslas. 'I have never had to replace a wishbone or drive shafts at Mercedes. Not even when we did wheelchair transport and the vans were heavily loaded, 'says director Jill Sweijen.

In June 2019 one of her taxis has to go to the service center in Amsterdam-Zuidoost. Problems with navigation. For example, if the car departs from Haarlem, the navigation system will start the journey at Pieter Calandlaan in Amsterdam. Sweijen also asks Tesla to look at the odometer. The trip statements from the board computer, which taxi drivers are legally obliged to keep, does not match the position on the dashboard for at least seven of her taxis. This changes as soon as the car gets a 'reset', or if the internet connection is interrupted. Sometimes it differs tens of kilometers from your own administration, in one case even more than 4700 km. The taxi company could collide with the tax authorities and the ILT regulator: if the odometer readings are incorrect, this could indicate fraud.

The mechanics at Tesla have a simple solution: they adjust the mileage themselves, according to e-mail correspondence between the taxi company and Tesla, which is in the hands of the FD.

Taxi Jappie is not comfortable. Adjusting counter readings is a criminal offense. That is why Sweijen asks whether Tesla wants to explain in writing per car why it has adjusted the mileage. The taxi company has never received that statement. Range too low 'As far as I know, Bios has never taken a supplier to court. Normally you can work it out together. ' says CEO René van der Veer at the Bios head office in Rotterdam. There was sometimes something with the cars of the previous supplier Mercedes Benz, but then 'the men with white coats came from Germany and it was solved.' The subpoena was delivered last June. And the relationship started so promisingly, six years ago. On October 16, 2014, a procession of dozens of honking Teslas drives around Schiphol Airport under police escort. The airport is going 100% electric, a world first. Bios, together with SchipholTaxi, has been granted an eight-year concession to allow emission-free driving at Schiphol. For Tesla, still a small player at the time, it was a nice boost. Any business traveler traveling from the airport can no longer ignore the brand.

According to Bios, Tesla does not honor the agreements from 2014. Bios bought 72 Model S cars for an amount of EUR 5.7 million. Of this, EUR 720,000 was subsidized by RVO and the municipality of Amsterdam to boost electric driving. An important part of the deal is the range. Schiphol requires that taxis with a full battery must be able to travel at least 400 km. "Tesla promised that would be no problem at all," explains Van der Veer. "But our taxis never made it." Tesla defends itself by arguing that the taxi company uses the cars too intensively. Nonsense, says Van der Veer. 'We had emphasized in the negotiations that this was a crucial point for us as a taxi company, where we travel a lot.' Expensive replacement deal In 2016, Tesla and Bios reached a compromise: 64 Model S cars will be exchanged for the new, more expensive Model X. Total costs for Bios: more than EUR 7.9 million.

Amsterdam is now also drawing its wallet and subsidizing EUR 320,000. When the cars are finally delivered from November 2017, the range appears to be in order. But now they have so many flaws that the Model X can be found in the garage more often than on the road. In 2018, Bios must have more than 75 defects repaired. Another nearly 60 in 2019. Often major repairs, such as broken wishbones or problems with drive shafts, can result in an unsafe situation on the road. Tesla is no longer answering What makes the taxi company really desperate is the service. Initially, Bios has a fixed point of contact, which is common for companies with a large fleet. From October 2018, communication will suddenly have to go via an anonymous 'front office', where the telephone is hardly answered. Since June 2019, Bios is no longer even allowed to make calls.

'Problems had to be filled in via an online form and then just hope that someone responds,' says Van der Veer. Despair also strikes at Taxi Jappie. "You have to wait six to eight weeks before a car can be repaired." A replacement car does not offer any solace for taxi companies. They must drive with a blue license plate and a board computer. In 2019, Tesla will also introduce the rule that Bios can only offer two vehicles at a time for repair. If there are more problem taxis, they will be stationary for weeks. But the drivers, who are permanently employed, continue to be paid. That is why Bios holds the car manufacturer liable for EUR 1.3 million loss of sales. And then there is the taxi that was under maintenance by Tesla when a fire broke out in the service center in September 2018.

Bios's car was next to the burning car. There would be no damage to the taxi, but the car was lost for no less than five months. Tesla remained silent, so in desperation, Bios called the police. Only when it rang a bell and Tesla did answer, the car suddenly reappeared. In this case, Bios is demanding another EUR 60,000 in damages. Bills to be paid In 2018, Tesla will repair the defects free of charge, but from 2019 onwards, bills for tens of thousands of euros will be sent. According to Tesla, the warranty, up to 80,000 kilometers, has now expired. EUR 150,000 in invoices is outstanding, because Bios refuses to pay. 'We simply pay for maintenance and normal repairs,' says CEO Van der Veer. "But why on earth should we have to pay for parts that are defective?"

The case has now escalated to such an extent that Tesla is refusing to do anything about the cars. Tofik Ohoudi reported last June at the counter in Southeast with a problem taxi, but was able to turn around again. Bios cannot go to another dealer to have the car made. All service is done through Tesla itself. Van der Veer: 'Tesla wants to make its customers very dependent. If we were in full operation now, we would have major problems. ' Previous lawsuit Earlier, four Schipholtaxi drivers went to court over rattling Teslas. The judge concluded last August that the wrong party had been sued. The four should not have sued Tesla, but Mercedes-Benz Financial Services (MBFS), which had resold the cars to the drivers. The judge also stated that the moment of delivery determines whether Tesla complies with the agreement. And when they got the cars, the drivers hadn't complained about defects Despite all the misery, Van der Veer has become convinced of electric driving. But whether Tesla will remain a supplier is very much the question. Bios Groep has meanwhile purchased 5 Audi E-trons. "The phone will be answered there." Tesla does not want to respond substantively to questions from the FD about the complaints of the taxi companies and the damage claims they submit.
Brihtol, Ogo
Na vrh